The Birth of Marigold Pearl

When I arrived to Kati’s home, she was quietly labouring in her birth pool in the late morning light. Her two older children had just gone out with their grandparents, and the peaceful home was providing Kati with the space to sink deep into her surges.

Not long after my arrival, her quiet moans were replaced with sharp gasps as the pain of her contractions overwhelmed her. Yet despite the intensity, she sunk deeper into a transcendental state between each wave. Tanya from Grow Midwifery arrived just as Kati began transitioning. She did her checks to mom and baby’s heart rates, and then gave Kati the space to embrace her intuition.

Following some relentless waves, Kati paused to catch her breath and looked down to witness her baby resting between worlds. The moment was charged with wonder and amazement, and with a final powerful surge, Kati birthed her sweet baby earth side.

After a quiet first hour soaking up their beautiful new baby, Kati and her husband welcomed their family to visit. When the two older siblings arrived they enthusiastically joined mom and babe in bed and were surprised and overjoyed at the news of a new sister. Charlie, the birthday boy, exclaimed repeatedly that it was all he ever wanted for his birthday!

I am blessed to be raising babies alongside this beautiful friend and mama, and it was such an honour to witness the birth of her sweet Golden girl. – xo 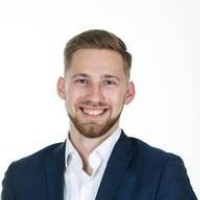